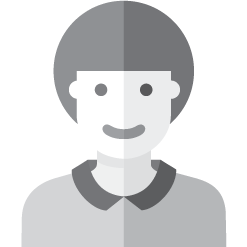 Most of the time, people don't want very unusual dental procedures. A simple extraction, filling, or cleaning is normal and all that's needed. Other times, someone may have a special request for their dentist, which can be a little unusual. Here are three of the oddest requests.

Preparing a Tooth to Sparkle

One unusual procedure dentists are able to do is to place a gemstone, like a diamond, into the tooth. Someone may ask for this if they have a special stone that belonged to a deceased family member or simply to show off their wealth.

This procedure is normally topical, meaning that the gem is stuck to the tooth with an adhesive or polymer. Some dentists do drill into the tooth and use the gem as a filling, though. It's most common for the procedure to involve the front teeth, which are visible when you smile.

When the procedure is done, the person has a glittering gem installed that others can catch a glimpse of.

Normally, people ask to make their teeth look straight and even, not to make them crooked. However, this trend, which started in Japan, has made some headway in the United States.

The trend, known as tseuke-yaeba, features teeth that have overlapped, become pointy, and have grown in out of position. Normally, people with this problem are advised to get braces, but with the trend, people with healthy, straight smiles are asking for the unusual mouthful of teeth. While this trend is primarily based in Japan, fans of the style may be prompted to get this look in the United States.

The snaggletooth look is created by adding bulk to the fang teeth, which makes them stick out. Some people opt for "vampire-style" fang teeth with this procedure, while others go for a blunt tooth. When the procedure is done, the two fang teeth typically overlap with the lip, forcing them to be visible even when the mouth is closed.

Adding braces to a perfect smile seems like a waste of money, right? For some younger people in Asian cultures and in some areas of the United States, getting braces on their straight teeth has become a trend to show off their wealth within the community.

While kids may disagree with this trend, it's teens and young adults who have opted to mount braces on their pearly whites; they're normally clear, and sometimes the braces are purely cosmetic without any ability to adjust the teeth.

These are some of the most unusual procedures dentists have come across recently. For more information, contact NorthShore Family Dentistry or a similar location.